An on-rails shooter you control with only your voice (mic required).

CONTROLS:
Any sound will do, but I suggest saying

i made a short review on this game. i did find some bugs in it though. check out the video on what i found

oh hell yeah! Desmond thanks so much for reviewing my broken-ass game <3 I made it in 2019 during a 3-day game jam, so it's all sorts of buggy. But I'm so incredibly lucky that people like it enough to give me feedback on it. You're absolutely right, the waaah is broken, it was pretty much tailored to my microphone and that alone. Lots of people said the same. On my system the bar filled up really fast.
"Pon" on the other hand is super responsive because it fires the *millisecond* the game detects a noise louder than the background noise. (You can even play it by clapping, and some people have).

The missing target, inability to shoot, etc, are all legit bugs that I didn't have time to solve in the 3 days it took to make this silly thing.
Lastly, yeah, I will make it a proper game at some point. When I have enough cash to just not worry about rent, and sit my ass down and do it. I have a pretty big design document, where you get some surprising moments. Like a special weapon that fires like a gattling gun the more you shout waaa into the mic, and a mode where saying waah charges your gun and silence releases a big laser. Or a segment where saying pon switches your car-spaceship between two positions, so you can avoid incoming traffic.

The general principle I'm basing the game on is one-button games. Like, if something can be done by pressing, or holding, or releasing one button, it can be done using those voice commands. And by the way, they aren't voice commands at all, the game just checks for noise over a threshold.

That's why you can't reload before your bullets run out. The game doesn't know if you're saying pon or waah, because speech recognition takes a super long time to kick-in. The easiest and most immediate way to handle it was silence = 0 and noise = 1.

I appreciate so much that you took the time to play and review it. I promise your comments are heard and already incorporated in my game design doc.

Thanks so so much,
Christina-Antoinette,
Greece

Reply
Gendou the Neoretrogamer2 years ago

This game is pretty unique and fun, because you only have to shout commands to defeat your enemies. Perfect game for a quick match.

I wrote a review in spanish about Zap Signal that you can read here: https://retroorama.blogspot.com/2019/05/indie-review-zap-signal.html

Reply
Loki Nighton2 years ago(+1)
Zap Signal was a challenge to produce a Lets Play on.

When it comes to the Itch Dot Io Indies I'm used to using my squeaky rambly voice and a torrent of energy to entertain and communicate my musings.

But what if your voice is the only weapon in your arsenal to fight legions of mechs and monsters?

With a truly novel mechanic for an on rails shooter, 'Zap Signal' stands out for more reasons than the novelty of it's premise. With beautiful artistic stylings that thread throughout its every aspect and the fast paced gameplay that always makes you feel you're *slightly* losing control of the situation; you feel like you're being assaulted by tigers in sequin jackets.

It's beautiful but vicious.

In this humble players opinion this game should be winning awards for polish and art direction. It truly is that stunning.

Reply
The GDWC2 years ago

Hey there! Really simple and cool game at the same time! enjoyed playing it! Have you considered participating in our GDWC #Gamedev contest? Check out itch.io page for more infos :) 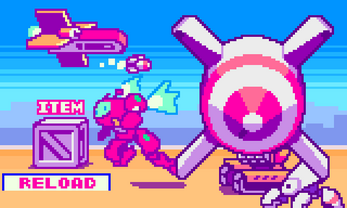 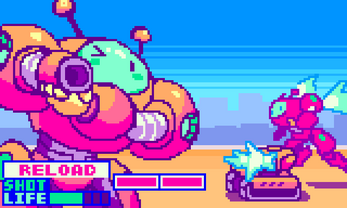 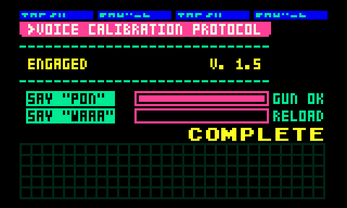